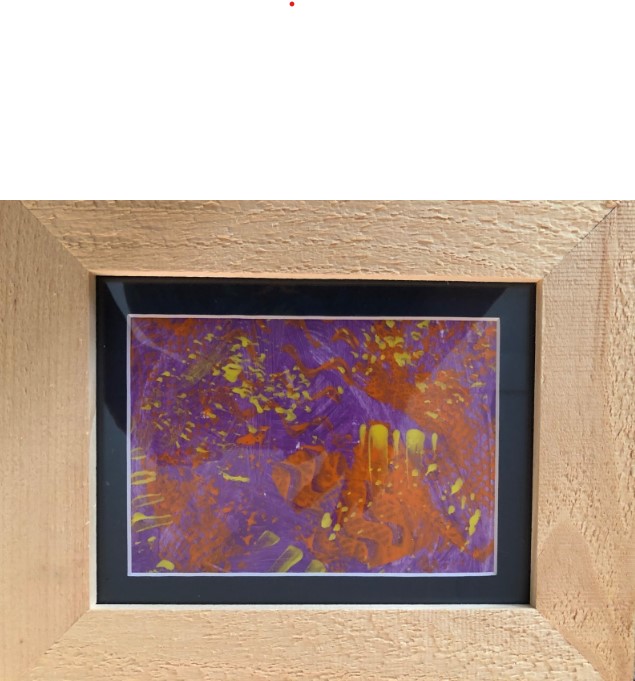 This abstract painting includes three colors: purple, orange, and yellow. The background is purple, the next layer is orange, and the topmost layer is yellow. The colors remain distinct from one another, without blending. An unpainted border creates a white frame around the image.

The final layer consists mostly of yellow splatters, with a few instances of more deliberate application of the paint.